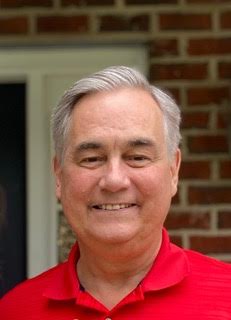 MTEE is saddened to announce that on December 27, 2021, peacefully, our Brother Dr. John McGeorge (founder of MTEE & SLM and President Emeritus of SLM​) at the age of 72, went to Heaven to be with our Lord. He will be cremated and a memorial service will be held on Saturday, January 8, 2022, 1 PM.

John was born in Richmond, Virginia, to the late John F. McGeorge, Sr. and Mary Isabelle McGeorge on August 16, 1949. He was one of 7 children, and as a child he loved to play backyard sports, spend time at the river house, going to church and reading. He gave his life to Christ in 1978 and thereafter, his life became instrumental in bringing many others to the Lord. He was smart beyond his years and was the first in his family to not only graduate from college but receive two higher-level degrees.

John was a life-long learner and earned two doctorates, one in law and the other in theology. After graduating from Seminary, he met the love of his life, Valerija Radnic, while teaching overseas in Croatia. John established two international missions, Ministry to Eastern Europe (MTEE) and Servant Leadership Ministries (SLM) which focus on the equipping and training of national leaders. He also wrote numerous books and magazine articles, planted dozens of local-church Bible schools on 5 continents, and built strong leadership teams to spread the message of building the Kingdom of God throughout the earth. John and Valerija were missionaries together for many years. In 1995, John and Valerija settled down in Richmond, VA to raise their two wonderful daughters, Hanna and Sara.

In his later years, he enjoyed spending time with his two grandchildren, Raegan and Hudson, and writing books for Bible colleges. He also enjoyed bowling, fishing, reading, going to the beach, all things Christmas, and, most of all, spending time with his beloved family. His battle with serious medical issues in recent years showed his courage in facing life's challenges with a smile. Despite the pain, John was our hero and fought strong until the end.